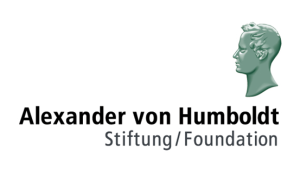 The Alexander von Humboldt Foundation’s Sofja Kovalevskaja Award, which is funded by the Federal Ministry of Education and Research, is granted to young exceptionally promising researchers from abroad in recognition of outstanding academic achievements. The award is designed to enable them to embark on academic careers in Germany by establishing their own junior research groups at research institutions in Germany. Applications are now open until 31 July 2016.

Scientists and scholars from abroad whose previous research has already been internationally recognised as outstanding and who are expected to continue producing outstanding results as recipients of the Sofja Kovalevskaja Award are eligible to submit applications.

The programme is open to scientists and scholars from all countries and disciplines who completed their doctorates with distinction less than six years ago. The Alexander von Humboldt Foundation particularly welcomes applications from qualified, female junior researchers.

Virtually unaffected by administrative constraints, the award winners will be able to concentrate on high-level, innovative research work of their own choice in Germany and thus strengthen the internationalisation of research in Germany. The award amount will allow the winners to finance their own junior research group at the university or non-university research institution of their choosing in Germany and also cover their living expenses.

Award winners will be selected solely on the basis of their academic qualifications. There are no quotas for individual disciplines or countries. The most important assessment criteria are: – academic publications in internationally reviewed journals and / or publishing houses – statements on the candidate’s academic profile and potential in the form of expert reviews, requested by the candidate, from different institutions and, where possible, from different countries – the academic quality and feasibility of the research project proposed by the candidate

Value and Purpose of Award and Use of Funds 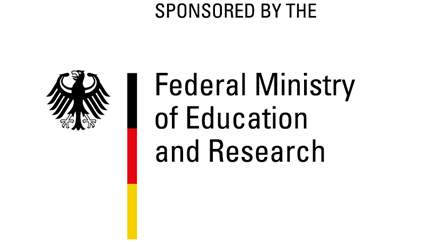 The host institution in Germany receives a flat-rate payment of 15% from the award funds (administrative flat-rate). It can be used to help cover any costs resulting from the use of existing and/or specifically acquired material or specifically created personnel infrastructure (e.g. general institute facilities, laboratories or workrooms, operating and maintenance costs, finance and personnel management and auditing); financing an eventual tenure track position is possible, too. In addition, the administrative flat-rate may be used to finance e.g. “welcome packages” that provide measures to integrate the award winner into his or her new living environment and into the research institution, including support for the professional integration of the award winner’s partner, or compensation for the loss of retirement savings that were accrued abroad, etc. The host institution is permitted to pass any left-over funding from the administrative flatrate to the award winner for the furtherance of his or her research work

Detailed information on the award winners’ accounting obligations (proof of use of funds, etc.) can be found in the Regulations on the use of funds for the Sofja Kovalevskaja Award.

Potential applicants who have been in Germany for more than six months at the time of the application submission deadline are not eligible to apply. Potential applicants of German nationality are eligible to apply provided that their habitual place of work and residence has been located abroad on the assumption of permanence for at least five years. Potential applicants who have completed their school education and one university degree or one university degree and their doctorate in Germany are subject to the regulations governing German citizens. Visit the FAQs on the website for additional information.

This submission deadline is not an absolute deadline; however, in the event of a late or incomplete submission it may not be possible to process and assess the application in the time available.

When receiving the information about the selection decision, candidates may apply informally by email to be informed about the factors which led to a rejection, should their applications have been turned down by the selection committee. In this case, applicants and their hosts will receive notification on this issue in addition to the selection decision approx. four to six weeks after the selection committee meeting. It is not possible to appeal. Applicants who have been rejected may however submit a revised application in response to a future call for applications provided that fundamental aspects of the original application have been significantly improved and the then applicable submission requirements are met.

Visit the FAQs, the Guidelines for completing the application and the Information for the host on the Alexander von Humboldt Foundation’s website for more information on the selection procedure.

The award recognises the outstanding academic record to date as well as the personality of leading junior academics. It is thus taken for granted that, both in their previous academic work and during the research stay in Germany, award winners have abided by and will continue to abide by the Rules of Good Scientific Practice and the corresponding laws obtaining at the respective research location. Should an award be granted, further details can be found in the Regulations on the Use of Funds.

Review the Rules of Good Practice.

– to focus his or her entire working activity on the approved research project in Germany in agreement with the host institution and to be present regularly and permanently at the host institution in Germany according to customary practice in the respective discipline; secondary employment is only permissible in exceptional cases, providing it does not interfere with the sponsorship objectives, and requires prior written authorisation by the Alexander von Humboldt Foundation

– not to utilise any other fellowships or funds from other German institutions designated for living expenses when using part of the award money to cover their living expenses;

– not to make use of any congruent sponsorship from funds deriving from German academic sponsorship; applications for or receipt of partial funding from German or foreign sources must be reported to the Alexander von Humboldt Foundation immediately.