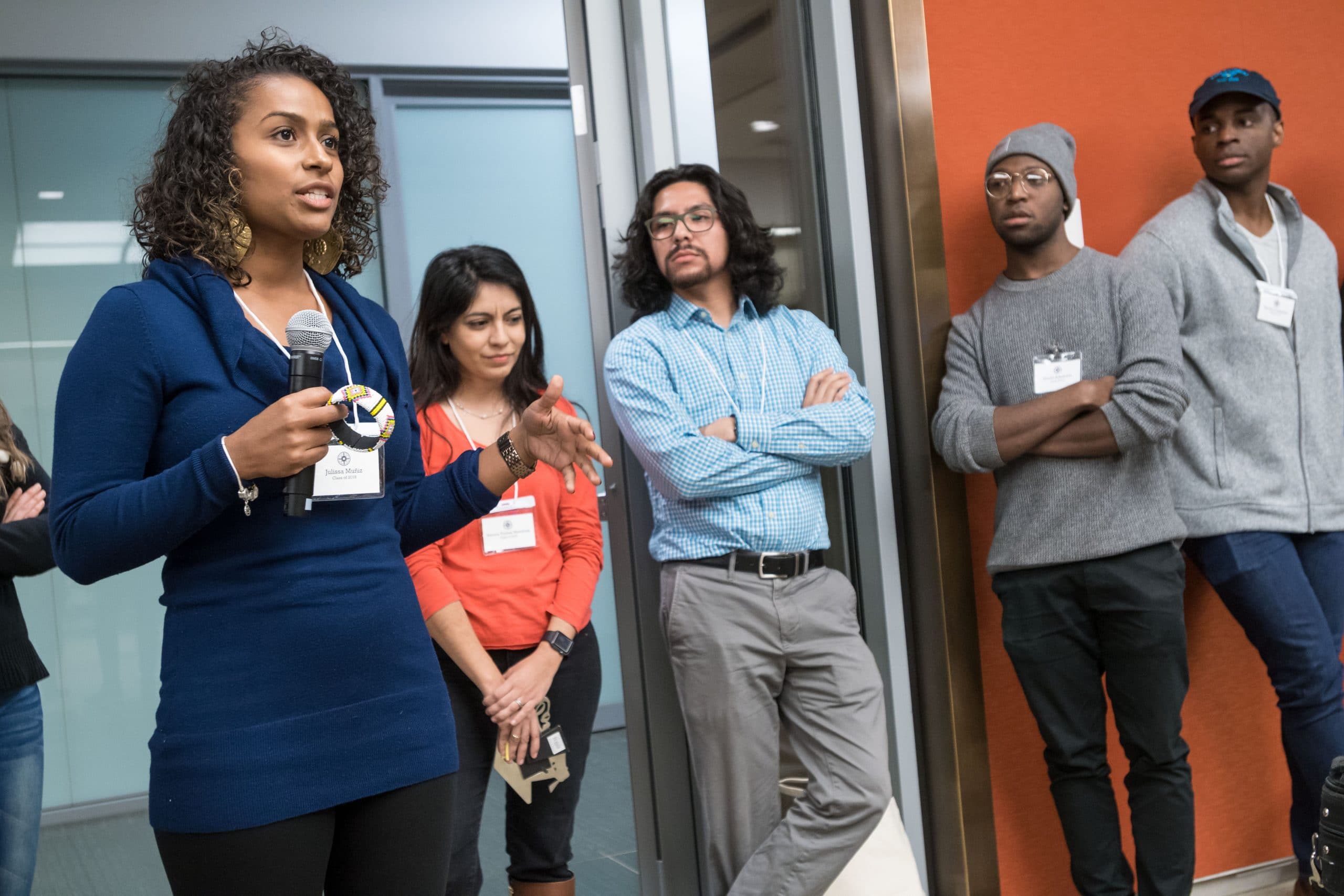 Sponsored by the Paul & Daisy Soros Fellowships for New Americans

Each Paul & Daisy Soros Fellowship supports one to two years of graduate study in any field at any advanced degree-granting program in the United States. Each award is for up to a total of $90,000.

Each Fellow receives $25,000 in stipend support a year (all stipend awards are capped at $50,000 per year), as well as 50 percent of required tuition and fees, up to $20,000 per year, for one to two years. The first year of Fellowship funding cannot be deferred.

Selection criteria emphasize creativity, originality, initiative, and sustained accomplishment. The program values a commitment to the Constitution and the Bill of Rights. The program does not have any quotas for types of degrees, universities or programs, countries of origin, or gender, etc. Unsuccessful applicants are welcome to reapply in subsequent years if they are still eligible. The competition is merit-based.

Learn more and apply by October 28th at 2 pm ET.

Not ready to apply this year? Bookmark Paul and Daisy Soros Fellowships for New Americans to your ProFellow account!