Our guest columnist Annie Peyton is writing from Thailand on a 2016-17 Henry Luce Scholarship. The Luce Scholars Program is a nationally competitive fellowship program that provides an individualized professional placement in Asia for 15-18 young American professionals each year.

Luce Scholars are spread throughout Asia, from Indonesia to Japan to Nepal, but we recently gathered in Thailand, my placement country, for a weeklong early assessment meeting. This is the one time we see each other as a full group between our orientation in the US and our final wrap-up meeting in Asia.

During our orientation, a former Luce Scholar spoke about his experience using a subjective chart he called “the happiness graph,” following the emotional trajectory of a typical Luce fellow’s experience: starting at a high level of happiness during language training and falling at the start of work placement, then gradually increasing as one settles into a new routine, falling again temporarily around the winter holidays, but generally climbing over time through the end of the fellowship year. The Luce early assessment meeting is strategically timed, about a third of the way through our yearlong fellowship period, after language training and nearly two months of work. According to the happiness graph, we are collectively gaining joy, but from a relatively low place.

Thus far, I’ve found the happiness graph to be a fairly accurate depiction of my fellowship experience. Language classes were challenging but interesting, and that chapter was relatively carefree, full of exploration and learning. After language training in Chiang Mai, I moved to Bangkok for work and suddenly felt behind my Luce peers who had spent two months building knowledge of and relationships in their work city. Many Luce Scholars have language training the city of their work placement, but I had to start over in a new city—something which I was initially excited about. However, I hadn’t anticipated that I’d feel less settled than some other Luce Scholars at the same point in time.

The early assessment meeting was the first time I had seen most of my Luce cohort since orientation. We’ve been keeping in touch via email and texting-apps (my phone has never been so noisy), but the in-person time during the weeklong meeting cemented these friendships. This, I realized, was the main point of the meeting: to check in with each other and ourselves, and to strengthen our cohort as a group. I was grateful for this reminder that although the majority of the experience is individual, a major aspect of a fellowship being part of a larger group, that even different experiences are held together by this bond.

We spent a day of our Luce meeting in Bangkok taking an “off-the-beaten-track” city tour (interesting even for me, as the sole Bangkok-based Scholar), but the meeting was largely unstructured, allowing us to talk and gather informally. Our experiences vary wildly in geography, work setting, and cultural norms, and I think we all benefited from hearing each other’s frustrations and uncertainties, embarrassments, and triumphs. My cohort gamely participated in a mini-PechaKucha presentation that I organized, collecting photos from each fellow that were presented to the group with rapid-fire story-sharing.

Previously, I was a Rwanda-based fellow with Global Health Corps, a public health-focused fellowship in East and Southern Africa and the US, which operates on a similar timeframe as Luce: thirteen months, summer to summer. I frequently compare my Luce self to my GHC self in terms of personal and professional accomplishment, knowledge of country and region, and even happiness and comfort. During our Luce meeting, I thought about my GHC mid-year retreat. In contrast to Luce, that retreat included many sessions with frameworks for discussion, themed around public health, development, work, identity, and self-care.

In both cases, the retreats were of enormous value, providing much-needed opportunity for personal and professional self-reflection, and to check in and bond with other fellows. The structure of each meeting seemed to reflect the overall nature and philosophy of each fellowship: GHC is more structured and provides professional skill development in global health roles, while Luce is more personalized and self-directed, with a broad range of professional interests among fellows.

The cohort experience of the Luce Scholars program is a major factor in our success and happiness living and working in Asia during our fellowship year. I continue to be impressed, invigorated, and humbled by the passions and accomplishments of each member of my Luce cohort, just as I felt with the GHC fellows. The support and friendship, and education about other experiences in Asia, that we each gain from each other during the year is, for me, a critical part of a fellowship experience, contrasted with a “normal” work or volunteer position. A fellowship cohort is able to toe the line between the personal and the professional, and I look forward to continuing conversations in both veins with my Luce peers during our fellowship experience, and beyond. 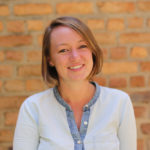