Our newest guest author Christine Cloonan undertook a Rotary Ambassadorial Scholarship in Argentina in 2009 and experienced a turning point her career and personal life. Christine shares her story.

My life had a very clear path – I studied to get the best education I could with the ultimate purpose of getting a “good job” with the expectation of then repeating the life cycle.  This path, however, wasn’t quite so clear cut.  I explored my career options for the first few years out of college, which boggled older relatives who had spent nearly 20+ years in the same field.  My first job was at a law firm.  I used that experience to decide not to go to law school and then accepted a one year teaching fellowship in Spanish, which led to a 5 year teaching career. During that time, I completed a Master of Spanish at Middlebury College and got an “itch” to go abroad to perfect my language skills and to explore another place while taking time to consider whether I wanted to continue teaching or change fields.  Looking back, mentors during that time encouraged me to take risks, a challenge to my solid mindset, but one mentor finally got through with the push to take “calculated risks.”

While teaching, I began to explore business careers that could leverage my international interests and fluency in Spanish.  I joined a women’s business network, 85Broads (now Ellevate Network), to connect with one of the members who had a deep international business background, and yet, like me, was a native New Englander.  During our initial coffee meeting, she told me about a scholarship: The Rotary Foundation Ambassadorial Scholarship.  I had met a few former scholars over the years and was familiar with the Rotary logo often seen on the side of the road.   The woman spoke about the scholarship she had received from Rotary and used to teach in Asia.  She spoke about all the various other opportunities it had led to in her life.  It’s important to take “calculated risks” in life she emphasized.  Little did I know at the time, but this conversation was the inflection point for a complete personal and professional life change.

The first step in applying to the scholarship was to identify a Rotary Club in a community in which I had a connection.  I called a couple of Rotary clubs in the towns I had recently lived in and heard back first from the Rotary Club of Andover, MA.  The Club invited me to breakfast so I could submit my application and share my proposal to study in Argentina with the group.

I chose Argentina as a result of coursework in the Master’s program.  I wanted to perfect my Spanish and have a chance to live in Latin America.  Argentina intrigued me given, like the United States, it was a society composed of immigrant communities and one that had had a strong middle-class.  Initially, I anticipated studying in a newly formed Master’s program about immigration at la Universidad de Buenos Aires.  The Andover Rotarians liked my proposal and sent me off to interview with the District Committee.

I anticipated the interview with the District Committee to be a series of one on one conversations.  I was wrong.  On a Saturday morning, I was escorted into a conference room at a local business with 10 people. Taking a deep breath to muster my confidence, which, a wise mentor told me “is a choice”, I sat at the head of the table and sold my proposal to the group.  My application was forwarded along to the Foundation’s headquarters in Evanston, IL.   Nearly a year after the initial conversation I had with the woman who encouraged me to take “calculated risks”, I received a letter awarding me the $25,000 scholarship and attended a new scholar training where she was the keynote speaker.  At the training, I recall her mentioning that during our initial conversation she sensed I was at a crossroads and needed some guidance.

Between applying for and receiving the scholarship, I had begun teaching at a boarding school.  I was a part of a community I enjoyed and it was a job that made my older relatives quite happy:  the school provided housing and food, along with the expectation of a long-term career.  Accepting the scholarship would mean relinquishing my position and the “security” I had been raised to pursue.  A new crossroad to navigate.

Prior to making the decision about taking the scholarship and enrolling in the master’s program, I was fortunate to be able to travel to Argentina solo for 10 days.  During that time, I got a sense of the city and visited the university, as well as a couple of other schools and programs contacts had suggested.  While there, I took an entrance exam at one school and met with the coordinator of another other.  I “saw myself” most at the last school and decided on the flight back to Boston that I would request a change of institution and apply to the Master of Finance Program at la Universidad Torcuato di Tella.  If I was accepted into the program, I would take the scholarship and move to Argentina.  If not, I would have had a great experience visiting and continue teaching.

In March of 2009, I landed in Buenos Aires, Argentina with the excitement of a 10 year old.  One of the reasons I liked the Rotary Scholarship was the emphasis it had on community and my first evening there proved the point.  Prior to leaving Boston, I had emailed all of the scholars who would be spending the year with me in Buenos Aires.   One of them invited me to join him and some others at their apartment for dinner the night I arrived – what a way to avoid the repercussions of jet lag!

Adjusting to a new culture, a new language and starting a program in a new field challenged me in ways I couldn’t have foreseen.  Having the other Rotary scholars, and Rotarians (I was given a host club and a host counselor) helped to shoulder the burden.  During the year, while studying and building friendships at the university, I took part in dinners, meetings and events with the Rotary Club of Nueva Pompeya and around Buenos Aires.  Being able to connect with Rotarians across the city exposed me to the diversity that is Buenos Aires, which I may not have otherwise experienced.

My favorite story of the Rotary community is from a trip a fellow scholar and I took to Tierra del Fuego, often referred to as El Fin del Mundo (or the End of the World).  Taking a cab out of the airport to our hostel, we spotted a Rotary sign and decided to look up the local club.  After dropping off our bags, we headed to local internet café, found the location of the local Rotary meetings and headed there. The concierge had us on the phone with the current President in a matter of minutes and soon we had plans to meet her and another Rotarian for coffee.  As we headed out, the President invited us to join her and her husband at a local night club that evening where their friend was a featured DJ. Needless to say, we had a memorable evening of dancing to American 80s music with a bunch of Argentines into the wee hours of the morning (Argentines are known for their late nights!).

My time as a Rotary scholar in Argentina, on a personal level, led me to become more outgoing, confident and personable.  It taught me that there really is no clear path in life and that one really just has to go with its natural flow.  It’s a lot more enjoyable that way!  Also, it highlighted to me that humans are truly social creatures and most of us do our best when a part of a supportive community.

On a professional level, the scholarship also changed my course.  Returning home to Boston, I completed my Master of Finance by writing a thesis (a valuation report) about a wireless infrastructure company based in Boston that was expanding into Latin America.  A bit over a year after finishing the report, I began working at that company, American Tower, as a Senior Financial Analyst with a focus on the operations in Latin America, yet another crossroad.

Since my scholarship year in Argentina, Rotary has rebranded its scholarship programs.  I encourage anyone, especially if you are facing a crossroad like I was, to take a “calculated risk” and submit your application– it will be the first step in the journey of a lifetime.

See the Rotary Foundation website (under the tab “Take Action,” Apply for Grants) for detailed information about the current grant programs. Formerly known as the Rotary Ambassadorial Scholarship, the Rotary Foundation Global Grant Scholarships fund international coursework or research at a graduate level or its equivalent for a term of one to four academic years. Bookmark this fellowship to your ProFellow account for updates. 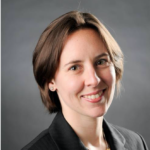 Following her 2009 Rotary Ambassadorial Scholarship in Argentina, Christine Cloonan began working in the wireless industry and was selected as the 2013 Women’s Wireless Leadership Forum Fellow. She is currently the President of the Boston Chapter of Ellevate, a global women’s business network. She has a Bachelor’s degree from Bowdoin College and a Master’s degree from Middlebury College.