Sponsored by the United States Department of Education, the Foreign Language and Area Studies (FLAS) Fellowship allocates academic year and summer fellowships to academic institutions to provide assistance for undergraduate and graduate students studying modern foreign languages or related area or international studies. Fellowships cover all tuition and transportation fees as well as a living stipend. Jason Chen, a current second year medical student at the University of Utah, studied intensive Mandarin Chinese at the Princeton in Beijing program through the FLAS Fellowship.

We caught up with Jason to discuss his experience in China as well as the FLAS Fellowship application process.

1. What inspired you to apply for the Foreign Language and Area Studies Fellowship?

As a Taiwanese-American who majored in Spanish in college, the decision to apply for the Foreign Language and Area Studies (FLAS) Fellowship was primarily driven by the desire to improve my Mandarin to learn more about my heritage. While studying Spanish abroad, my race was frequently the topic of conversations with locals. I was frequently asked things like “do they really eat dog in China?” or “were you required to practice karate in grade school?” While studying in Spain during my junior year in college, I realized that my proficiency in Spanish had surpassed that of my Mandarin, so I started taking Mandarin classes while in Spain. I continued to take Mandarin classes when I returned to Utah. Through my language classes, I learned about the FLAS fellowship. I decided to apply the funds towards the Princeton in Beijing (PIB) program, which would help me attain the language proficiency I desired.

I was attracted to the FLAS because not only did it cover the entire cost of the program (tuition, flight, food, books), but it also provided valuable language certification (the Oral Proficiency Interview) upon completion of the fellowship. Even though it is funded through a federal source, the grant is only available at certain universities, so the applicant pool was smaller. Also, the FLAS is tenable for many different programs of study: undergraduate, graduate, summer term, etc. However, since medicine is not tenable for the FLAS, the flexibility of being able to spend the summer after finishing my undergraduate studies (essentially my last chance to take advantage of this program) was very important in my decision to apply. After considering different summer programs, I finally chose PIB.

I was interested in the Princeton in Beijing program for several reasons. First, they had a special “heritage” class specifically designed to fit the needs of students who grew up speaking Chinese at home, but hadn’t necessarily been educated in reading and writing. Second, they had a language pledge, where all students swore to communicate solely in Mandarin for the duration of the program. Third, the student to teacher ratio of 2.5:1 provided intimate, diverse interactions with multiple native speakers. Fourth, growing up in a Taiwanese family, I had only known one side of “the Taiwan question”, so it was important for me to understand what the viewpoint in mainland China was like. All of these reasons, plus the natural language environment of Beijing, made PIB my top choice for a summer intensive language program.

2. What were some of the most eye-opening moments during your fellowship?

My most significant realization was that I gained an appreciation for the global implications of China’s sheer size. With a population of almost 1400 million people, China truly is a “country-world” and its relationship with the West is one of the great geopolitical questions of the 21st century. For example, at one of the weekly enrichment seminars, we learned about the domestic and international implications of the “hukou” residency system that has created an internal migrant population of more than 250 million people – that’s larger than the entire population of Brazil. Learning about these “nong ming gong” (migrant rural workers who seek opportunities in urban centers) gave me the greater social context of my daily interactions with people like the woman who sold us steamed buns for breakfast. Using Mandarin to study China in-country helped me critically think about its role on the international stage.

The most challenging (and exciting) aspect of this experience was that I learned sociology, economics, and international relations concepts in Mandarin. PIB was one of the most academically rigorous and stimulating programs I’ve undertaken because the unique learning context of everyone involved. Although the program is through Princeton, the students and teachers are from all over the West as well as from China. For example, I remember one evening having a conversation in the dormitory with a student from New Zealand studying at Oxford for his thesis on the Opium War. Initially, the daily grind of studying for 10-12 hours a day was difficult, but as I grew to recognize China as required curriculum for a global citizen, I learned to embrace a growth mindset in learning, rather than beating myself up over not remembering every single small detail. 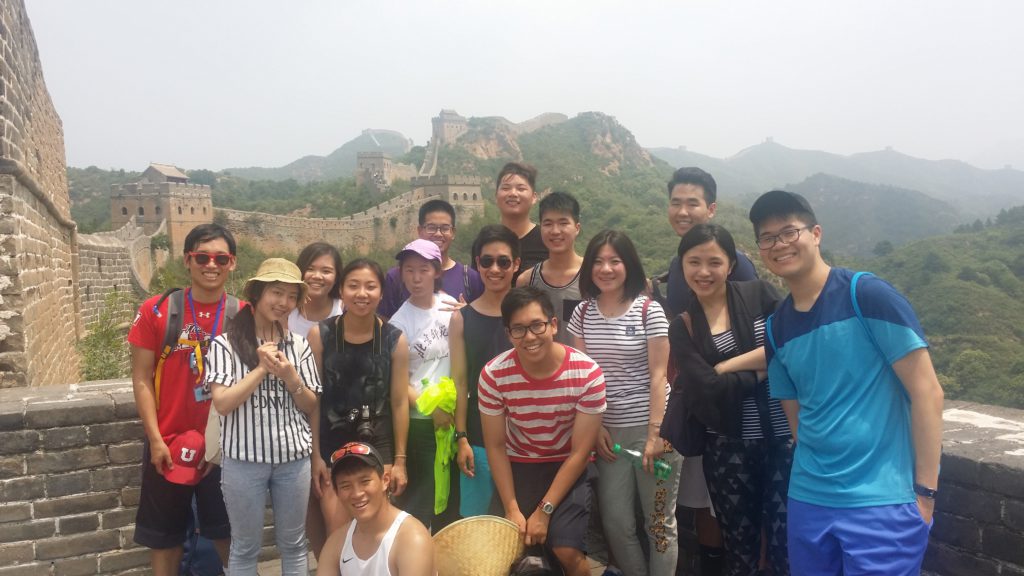 3. What tips would you give others applying for this fellowship?

My advice for those applying for this fellowship is to consider the FLAS as early as possible. As I mentioned before, the FLAS at the University of Utah is open to undergraduates and graduates from all majors and departments, except the School of Medicine. My only regret is not having investigated it earlier, otherwise I would have studied an entire year abroad on the FLAS!

In terms of the actual application and interview, the selection committee is looking for applicants who are truly dedicated to learning the language and will continue to use it as an integral component in their professional careers. They want to know that their investment in you is worthwhile because the languages funded are usually those that the government has indicated as critically important to the interests of the United States (such as Arabic, Russian, Hindi-Urdu, Farsi, Portuguese, etc.)

In my personal statement, I discussed how gaining a professional proficiency in Spanish helped open different research and clinical opportunities for me. I then related that idea to my desire to gain the same level of linguistic proficiency in Mandarin. Next, I talked about drawing on my family and cultural background to keep me grounded when dealing with the challenges of undertaking a rigorous program abroad. I concluded with a vision of how learning Mandarin would benefit my professional career. Since my medical career is still very wide open, I talked about my short-term goal (3-5 years) of attaining the language proficiency required to be able to participate independently on an international rotation during my 3rd or 4th year of medical school.

After graduating from the University of Utah with a Bachelor of Arts in Spanish and Honors Bachelor of Arts in Biology, Jason Chen pursued a Foreign Language and Area Studies Fellowship (FLAS) fellowship to study intensive Mandarin Chinese at Beijing Normal University with the Princeton in Beijing program (PIB). Following PIB, he served as a Fulbright English Teaching Assistant in Oxolotán, México, where he taught English and Mandarin courses to indigenous students in the sierra of Tabasco. His fellowship experiences have helped him realize the importance of serving diverse communities. He hopes to pursue a residency in Family Medicine after graduating medical school, with the goal of becoming a Regional Medical Officer in the State Department or the medical director of a Community Health Center.